Read our conversational sales guide that will let you in on all of the strategies and approaches you can take to optimize revenue. Get all the details and software you need to succeed. 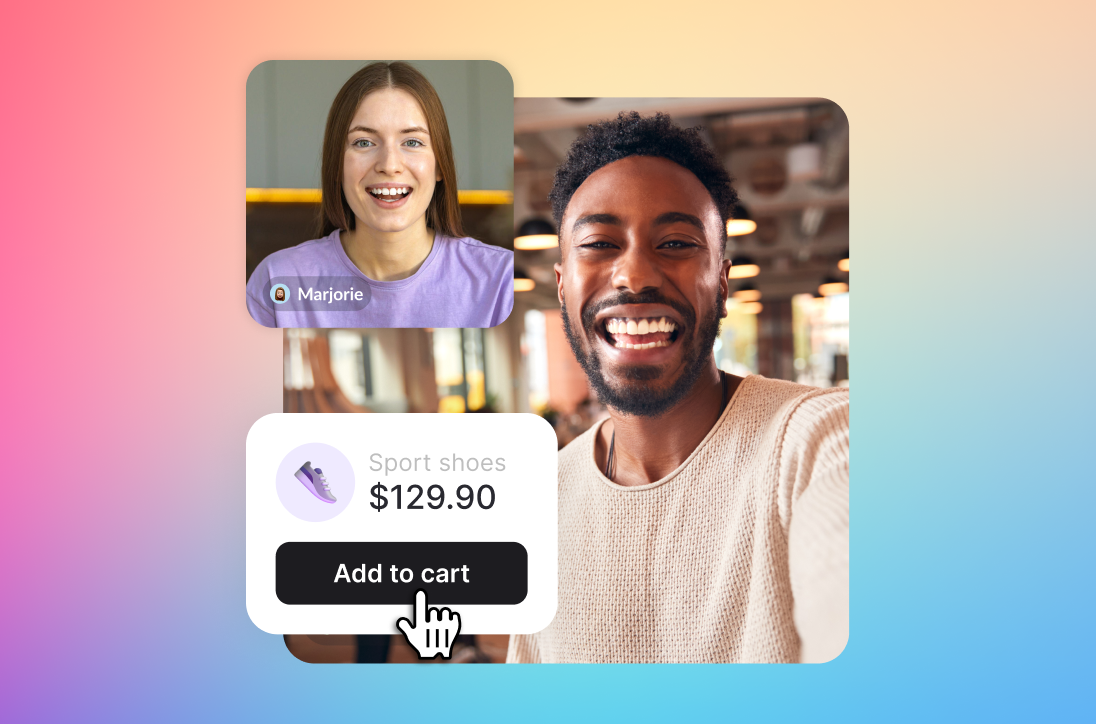 Usually, the practice of conversational sales is considered a much more effective, albeit more time consuming way of creating revenue. Regular sales, ones that rely on passive interactions and are purely based on user input, create friction as customers are much more likely to drop off at some point in the journey.

How does conversational sales work?

Unlike traditional sales, the conversational sales approach engages with customers that are already somewhat close to making a purchase. As such, the agent takes up a much more active role in the process instead of relying on marketing and other channels throwing information at the customer.

Few businesses, however, will use conversational sales exclusively as foregoing lead capture forms, product descriptions, and other information sources is both unwise and nearly impossible. Yet, focusing on conversational sales as the primary driver of revenue can net tremendous benefits.

In short, the sales process is an attempt to recreate a live shopping experience where an agent may consult a potential customer and answer any questions they may have. The traditional sales process, on the other hand, relies on contact forms and slow communication mediums such as email.

What are the benefits of conversational sales?

Conversational selling has a few major benefits if implemented correctly. First, it makes the customer journey shorter while maintaining the same or even improving the quality of it. Traditional methods are often marred with many points of interaction where the customer journey is cut short until someone sales team responds to a query or contact form.

As conversational sales attempt to do away with most of such passive interaction by replacing it with actively interactive elements, customers are no longer blocked and are able to complete the sales cycle largely on their own. It should be noted, however, that such an approach puts more stress on conversational sales skills of your employees.

Second, conversational sales creates a better overall user experience. Customers expect to be able to complete as much of the sales cycle as possible without interruption. At best, they want someone from the sales team on hand to ask a couple questions before completing a purchase. Conversational sales teams should aim to do exactly that to reduce any potential friction.

Finally, capturing attention is becoming an important part of regular and conversational marketing that naturally also extends into sales. Customers are simply no longer willing to wait as long and will simply switch to the next best thing, nullifying further sales efforts of your teams. Conversational sales, at least partly, solves the problem by adding additional points of interaction.

A part of creating a successful sales process is integrating it with marketing. For conversational sales conversational marketing is the way to go. In fact, sales teams can inherit many of the tools used in marketing and switch them over for their own needs.

Chatbots are the perfect example. They are widely used in conversational marketing as a way to answer basic questions for the customer. As every experienced sales team knows, FAQs and chatbot answers can only go so far. Many of those bots, however, can also be used for conversational selling.

The most common way to integrate chatbots into conversational sales is to create numerous points where the customer can request a live person to join the chat. Someone from the team should always be ready to answer any questions, especially if the chatbot is configured to be a part of the sales process.

Additionally, conversational marketing may sometimes use various third-party websites and interaction points (e.g., social media) that can be integrated into the sales process. Again, it should be noted that each such interaction point will improve results greatly but will require a larger sales team over time.

Outside of combining arms with marketing, conversational selling professionals can use some of their own software to make the process more effective. In general, any software that gives the sales team a way to instantly interact with a potential customer is a great idea.

Additionally, as conversational sales rely on dialogue, there’s no better way to conduct one than face-to-face. Video calls bring online sales as close to a face-to-face conversation as possible.

As mentioned previously, each interaction point where the customer has to wait for someone to react will negatively affect results. Conversational sales promotes automation of basic inputs where direct interaction is not possible.

Additionally, more focus should be put on the overall experience of the website. Conversational sales rely on interaction from the customer as well, but if navigating and using the website is difficult, they may leave before ever engaging with the content.

Live streaming and one-to-many video calls have the potential to be used as a way of conducting conversational sales. In fact, live streaming might be one of the most effective ways to conduct such sales as agents can both showcase products and engage with the audience.

Act as an educator

A key difference in conversational selling is the role an agent or salesperson plays. Instead of actively pursuing closing a lead, conversational sales switch the role to an educator. Customers are already somewhat willing to buy, so, in most cases, they want to learn a bit more before making the decision.

Any pushy tactics may actually have an opposite effect when conducting conversational sales. It may make the agent seem ungenuine and cause the customer to choose another company.

Conversational sales is both more taxing on company resources and much more effective than the traditional approach. It can’t be implemented as easily, however, as it requires communication between several departments and, usually, some website overhaul.

When implemented properly, however, conversational sales have the potential to net many major benefits with revenue being only one of them. Conversational sales may also improve overall brand image, customer experience, and many other positive aspects that will eventually affect the bottom line.

SnapCall is revolutionizing the way businesses interact with their customers. Our suite of products offer a seamless and personalized customer experience. With SnapCall Assist, customers and support teams can easily share photo and videos to explain problems and provide solutions. SnapCall Booking allows for scheduling calls with clients and experts without the need for external conference services. And SnapCall Instant offers audio and video calls with integrated CRM platforms for easy access to customer information.

Find out what is clienteling experience, how it’s done, and why it’s extremely beneficial to all businesses.

Learn the live streaming vs live broadcasting differences, which one is more frequently used by businesses and how to do each one properly.